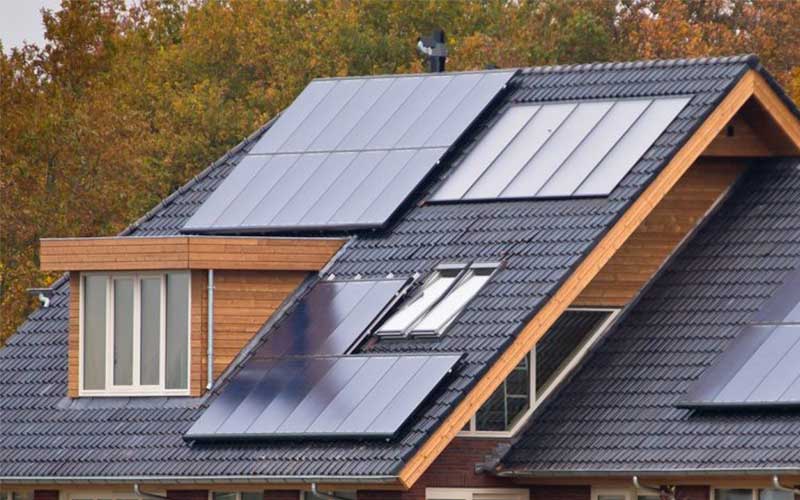 As the world progresses into a more innovative society, with a lot of research and developments happening day by day, there is one thing that remains constant, the sun and the perpetual heat it provides.

The sun is the main source of energy on this planet.

It provides light and life to every being that thrives on the Earth.

As the planet revolves around this basking ball of heat, some places here on Earth receive more sun rays than others.

Some are hotter, cooler, lighter, darker, etc. but above all this, it is a well-known fact that the sun pretty much determines our daily lives.

It dictates time, the moment we wake up and sleep, our activities, everything.

The bottom line is, we just can’t live without the sun.

The sun provides so many benefits that are very essential for every human being to thrive and function.

On the other hand, as more and more people now own their own places and buildings, the usage of the traditional electric source of energy, like fossil fuels, has been an imposing threat to the environment, since they produce harmful gases as the byproduct of their energy conversion.

The usage of coals and fossil fuels to generate electricity is still a sensitive topic of different debates and discussions.

That’s why many manufacturers are looking for new methods to minimize the environmental impacts caused by production, while not having to give up on the electrical consumption itself.

And the sun, as the natural source of energy, is one of the sources that are subject to a lot of studies and development.

Aside from the light and perpetual heat it offers, scientists and researchers have also discovered more advantages of sunlight and they are working on how to make use of this natural source to benefit from its maximum potential.

Hence, they have created a tool that would allow users to convert solar energy from the sun to electrical energy.

These inventions are what they call “solar panels.”

Solar panels are one of the recently-made innovations that have taken the electrical industry by storm.

Solar panels are designed to absorb the sun’s light and convert it into electrical energy to power up homes and buildings.

And if you ask yourself how solar panels are made, or how it is produced, and what is it made of, this article will tell you exactly that.

So, if you’re interested in more information about how a solar panel is produced, buckle your seat-belts, and let’s begin!

The Production of Crystalline Solar Modules

Crystalline solar modules are one of the most popular technologies that use pure silicone as their main component.

A solar photovoltaic (PV) module is composed of glass, solar cells, back sheet, EVA, and frame.

Hence, in terms of the cell structure level, there are various types of materials used for manufacturing including amorphous silicon (AnSi), mono silicon, and polysilicon.

The mono silicon and polysilicon have the same process of manufacturing.

If you are interested in the details of creating a crystalline solar panel, scroll down for more because this article has listed down in detail the steps for you! 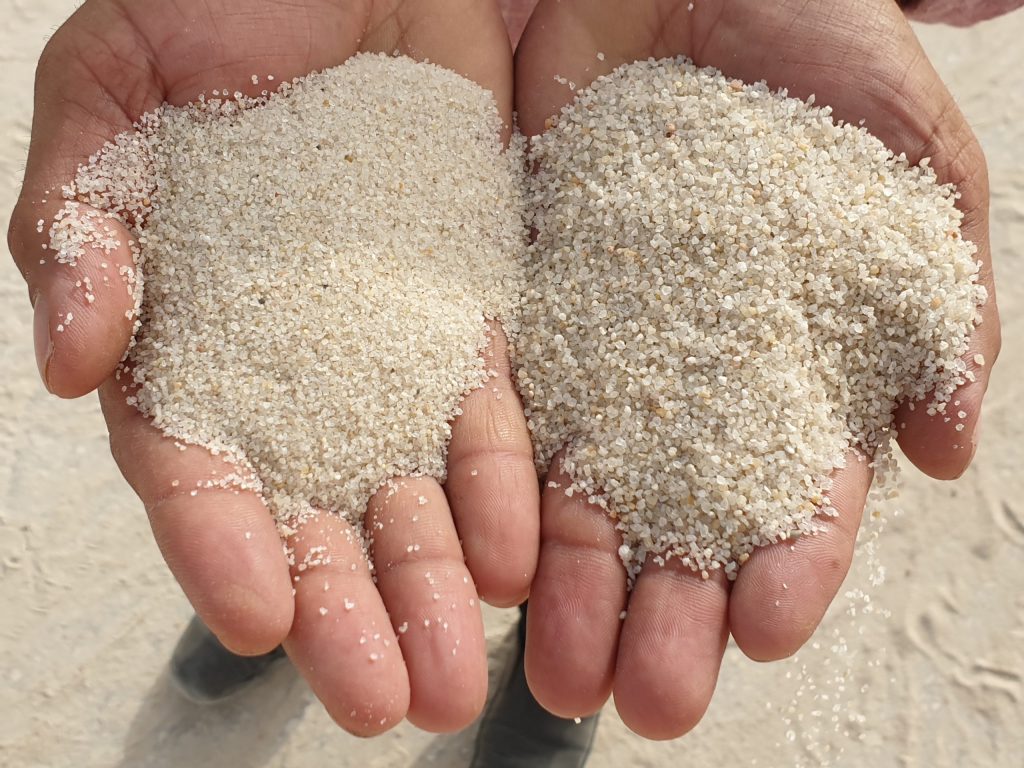 To start with, the raw material used in making a crystalline solar panel is sand.

Yes, you read that correct.

The main component found in the sand of a natural beach is silicon.

Silicon is the one that makes up solar panels.

Just as there are many beaches on the planet and millions of pieces of sand surrounding it, silicon is just as abundant.

In fact, it is the second most available element in the entire planet.

How’s that for abundant?

However, the conversion of sand into high-grade silicon would come at such a high cost since it is an energy-intensive procedure.

In order to produce silicon of high purity, quartz sand in an arc furnace is set at a very high temperature.

Do yourself a favor and scroll down.

If you ask yourself how silicon is collected, silicon is typically collected in the form of solid rocks.

In order to form ingots that are cylindrical in shape, hundreds of these solid rocks are melted together at an extremely high temperature.

And then, steel, cylinder-shaped furnace is used in order to attain whatever shape is desired.

During the melting process of these rocks, it must be important to take note that this process requires careful attention in order to perfectly align all the atoms according to their desired orientation, shape, and structure.

Lastly, in order to achieve the positive electrical polarity of the silicon, the Boron element is added to the process.

If we talk about efficiency in converting solar energy into electricity, the mono silicon imposes a higher chance of functionality.

Therefore, monocrystalline panels cost much higher than the other types of solar panels available.

Polysilicon solar cells, on the other hand, are produced by melting a lot of silicon crystals together.

You can differentiate polysilicon solar cells amongst other types of crystalline solar cells because of the shattered glass look that is produced by the various silicone crystals melted together.

And then, once the ingot has cooled down, the ingot is polished and grounded, making its sides flat. 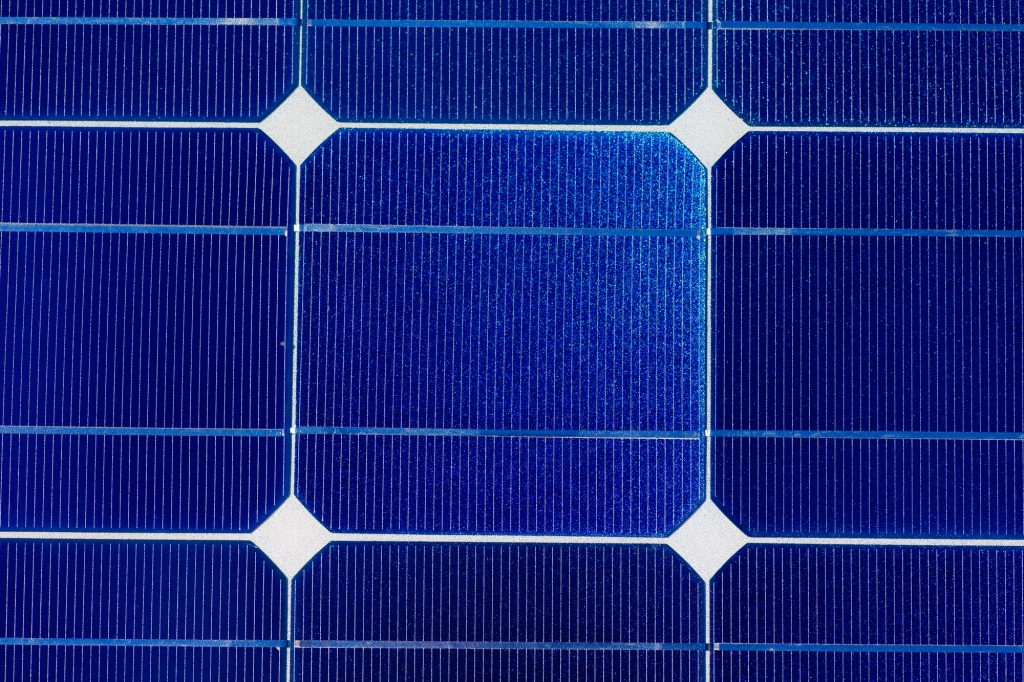 The next step of the manufacturing process is creating what is interestingly called wafers.

Wafers are produced when the silicon ingot is sliced into thin pieces of disks.

In order to achieve precision in cutting, a wire saw is used in this method.

For obvious reasons, precision should always be the key to achieve such a cut.

Pure silicone is very shiny and therefore has the ability to reflect a lot of sunlight.

So, in order to reduce the amount of sunlight that is lost due to the reflection, a silicon wafer is coated with an anti-reflective material.

This helps absorb the light rather than reflect it back.

Now that the wafers are done, what do you think will come next?

Yes, you guessed it right.

So, how are solar cells made? Scroll down for more information! 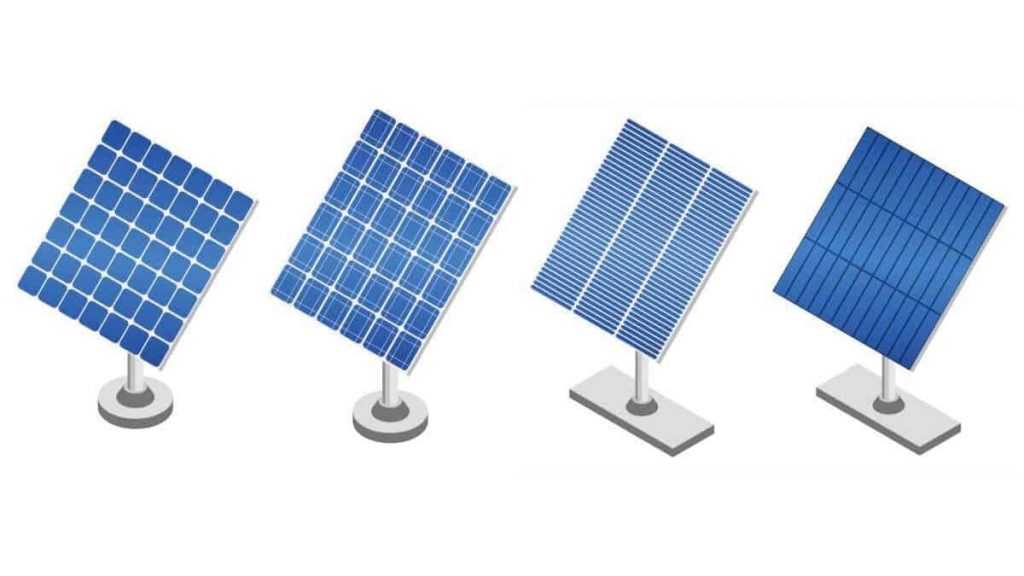 The procedure that will convert a silicon wafer into a solar cell is somewhat a little complicated but nevertheless doable.

This conversion will then allow the solar cells to convert the collected solar energy into electrical energy, powering up several homes and buildings.

To start with, each of the silicon wafers is being held into a series of treatments.

The metal conductors are then added to each of the surfaces.

These metal conductors will ensure the efficiency of converting solar energy into electrical energy.

The coating that is placed around the silicon wafers will allow the absorption of sunlight, instead of having to reflect it back.

Phosphorus, on the other hand, is being diffused in a thin layer.

This thin layer of phosphorus will then be placed over the surface of the silicon wafer.

This process will charge the given surface with a negative electrical orientation.

Hence, the combination of phosphorus and boron will allow the solar cells to have a positive and negative junction.

This combination is very important for the photovoltaic (PV) cell to properly and efficiently function.

Solar panels are produced when a lot of solar cells are combined together in a structure that is matrix-like.

The 48 cell panels are the most suitable choice for residential houses with a small house area.

On the other hand, the 60 cell panels are the ones that most people usually get.

Out of the three, the 60 cell panels are commonly accepted as the standard size.

Lastly, the 72 cell panels are the perfect choice if you are planning to have them installed in your large house, in a mansion, or in a large building.

Most residential homes in the United Kingdom used a commonly sized solar system which is a 4kWh solar system.

Meanwhile, after the solar cells are combined together, a layer of glass that is about 6 to 7 mm thin, is added on the front side that is facing the sunlight. 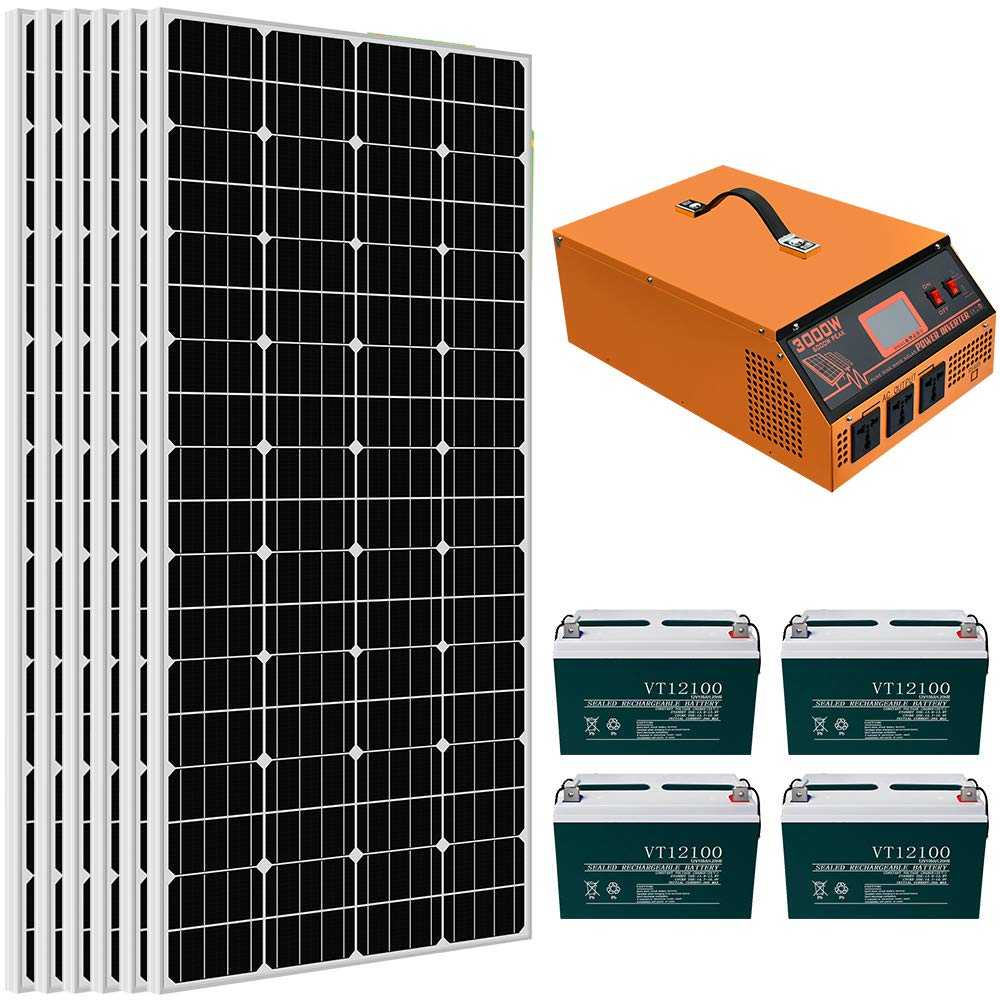 The back sheet of the solar cells are made up entirely from polymer-based material that is highly durable.

This characteristic will prevent the soil, water, and other components from entering the solar panels through the back part of the panel.

On the other hand, the positive to negative junction box is added.

This allows it to fulfill the series of connections inside the solar panel module.

Once the frame is assembled, everything just comes together in place.

The frame, meanwhile, will also give protection against the weather or some other impacts.

Now, if you wonder what kind of glue binds every little piece of solar panels together, it’s the Ethylene-vinyl acetate (EVA).

It is very essential to understand that in order not to damage the solar cells during harsh weather or some sudden conditions, the quality of the encapsulant must be high.

This is also to ensure its durability and efficiency under unknown circumstances that might occur.

Once everything is done and put together, the solar panel modules will undergo a series of operations and are tested out to ensure that the solar cells are able to function well as expected. Standard Test Conditions (STC) are used as a reference point for the test procedure.

To start with, the solar panels are placed in a flash tester at the facility where it is manufactured.

The tester will then show what the 1000W/m2 irradiance, air mass of 1.5g, and a 25°C cell temperature are equivalent to.

Parameters such as electrical aspects are carefully noted down.

You can search for these electrical parameter results on the technical specification sheet placed on every solar panel.

The ratings will also show the voltage, power output, efficiency, current, and temperature tolerance of each solar panel.

Aside from the STC, every manufacturing facility also uses Nominal Operating Cell Temperature or NOTC.

The parameters that are used in this procedure are a lot closer to a real-life event or scenario.

For example, the setting is an open-circulate module operation with a temperature of around 800W/m2 irradiance, 1m/s wind speed, and 20°C in ambient temperature.

Again, you can find the results of NOCT on the technical specification sheet placed on the solar panels.

The last steps of the procedure are the inspection of solar panel production and cleaning the panels themselves. Once done, the said module is ready to get in the hands of homeowners, landowners, business owners, and whoever desired to have them.

There are a ton of research and developments that aims to reduce the cost of solar panels while increasing their productivity and efficiency at the same time.

The manufacturing industries of solar panels have become more competitive and innovative.

Over time, it is said that the usage of solar power energy will gain more popularity compared to other conventional sources of energy, like using fossil fuels and the like.

This is because using solar power to power up homes and buildings is much more convenient and safe.

Most especially, it imposes no threats to plants, animals, and environments.

That way, the world could rise up into a more techy society, while remaining environment-friendly at the same time.

How amazing would that be?