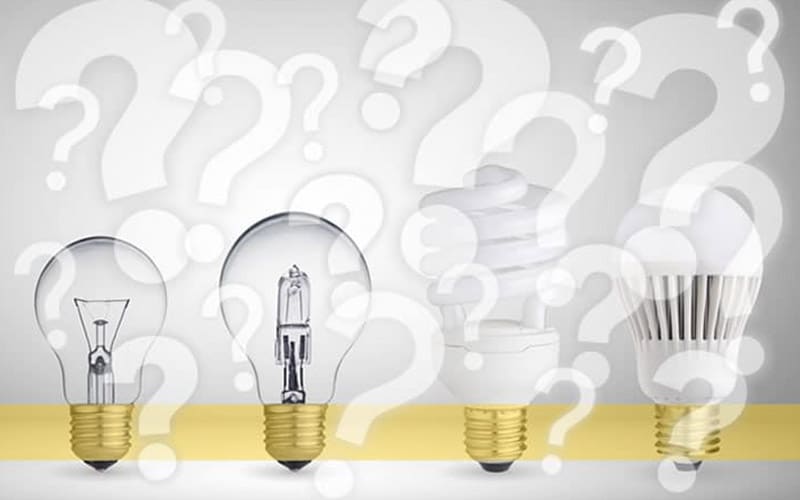 Lightbulbs are one of the most essential electrical furnishings that we have at home and even in the office.

We use them every single day and because of this, ensuring that they are the safest type in the market is very important.

In this guide, we are going to discuss the most common types of bulbs and see why some are considered more dangerous compared to others.

We will also see what other people are using and as well as discuss the ones that I recommend you should buy.

If you ask me what the safest light bulbs are in terms of overall health, then I would recommend the incandescent bulbs.

They might be less efficient compared to CFL and LED light bulbs, but they produce less in terms of dirty electricity and emit a much lesser amount of blue light.

But there’s something more to this story so be sure to read on to find out everything that there is to learn about the safest type of light bulbs.

If you’re a newbie in the Irda.org space, then I would encourage you to go through our article library to learn more about EMF radiation, protection, and wellness.

Let’s get started by talking about the basics.

The Basics of Light Bulbs 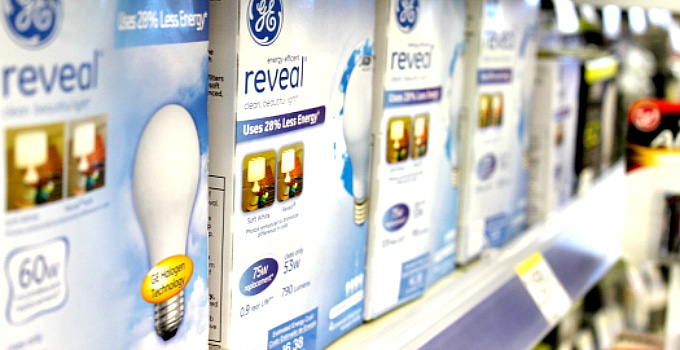 Everyone used to have incandescent light bulbs before and they looked very similar to the ones that Thomas Edison had invented back in 1878.

They were simple and were not very efficient in terms of electric consumption.

But when the government of the United States along with other governments from around the world started looking for alternatives that were more energy-efficient, there wasn’t much time spent in assessing the impact that the new alternatives would have on human health.

Most of the newer light bulbs just like the ones that we’re going to meet later on, actually emit high amounts of radiation.

And it does not only come from the light bulb itself but also from the dirty electricity that is being created within the wirings. We’re going to talk more about this later on.

So let’s get to the basic things that you need to know about the different types of light bulbs that you can find in the market at present: 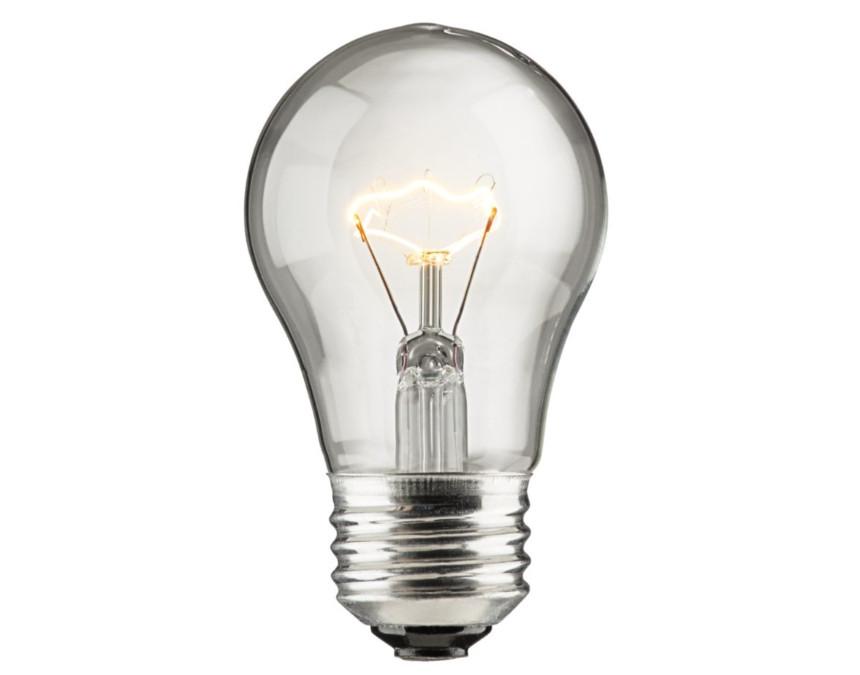 This is the first one that we’re going to talk about and it’s also the oldest type of light bulb that you will find on the market.

They’re the standard and simple type of light bulbs which we used to put in every lamp and bulb sockets at home.

These bulbs may be old but they are still used even up to now. There are even some that you can find in Amazon. 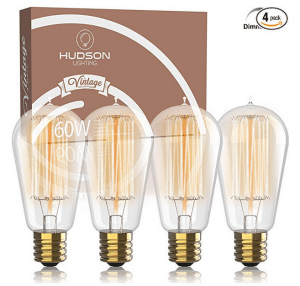 The electricity that runs at 50 to 60 Hz passes through the wiring and then to the coil that is found inside the glass.

It then heats up the filament until it becomes extremely hot.

The glass is filled with a simple type of gas that prevents the heated metal from being combined with oxygen preventing the filament from burning out.

It’s a fairly simple design that has been widely used for over 150 years.

But the problem with this design is that almost all the energy is converted into heat instead of light. This process isn’t that efficient.

But since the wirings in most homes were installed during the time when the only available lighting was incandescent bulbs, they’re only designed to perform that.

As you will see later on, there are newer light bulbs that are more energy-efficient which definitely would change the electricity in our homes.

They will actually produce dirty electricity and as well as EMF radiation.

Another important thing that you need to know about the difference between the incandescent bulbs and the newer fluorescent ones like CFL and LED is the spectrum of light that they emit.

The older style of bulbs would actually emit orange or yellow which contained less of the blue light compared to the new bulbs. 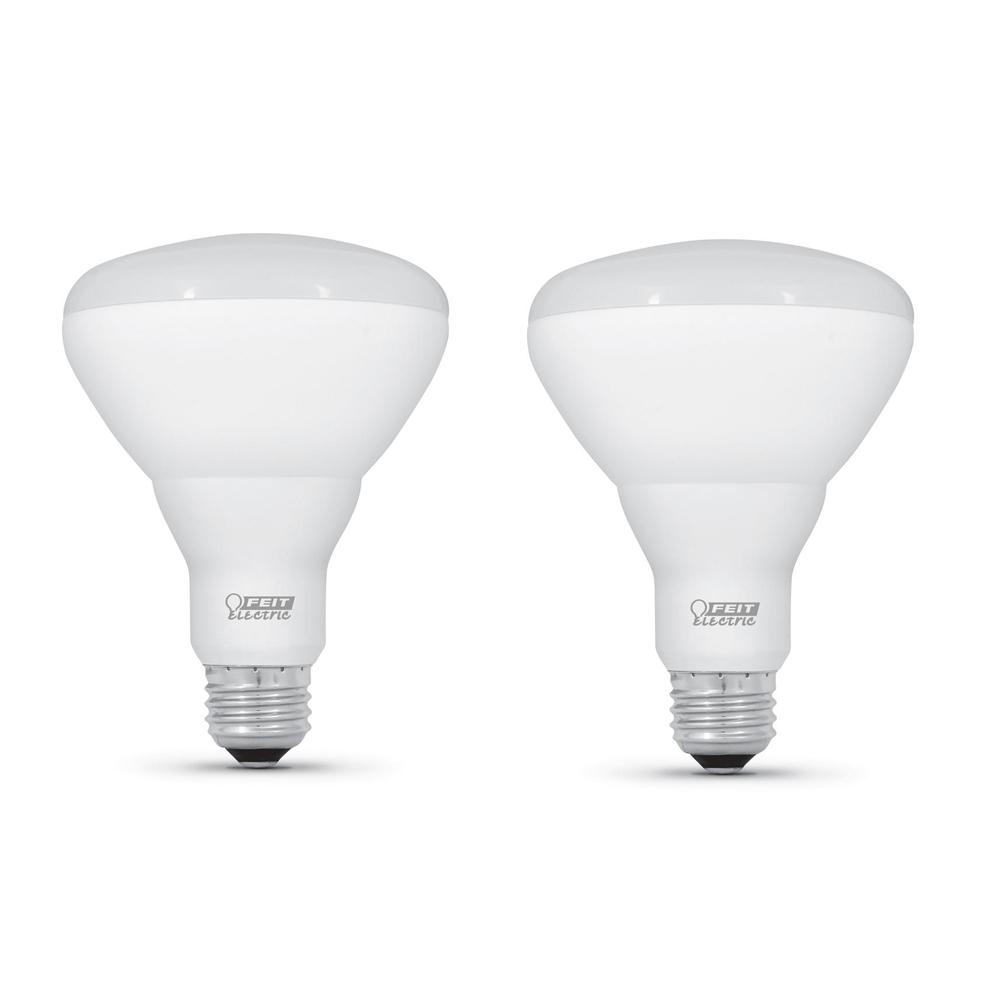 Now that we’re done with the first and the oldest type of bulb that is found in the market, it’s time to talk about the LED type light bulbs which are increasingly becoming popular.

LED stands for Light-Emitting Diode which relies on diodes to produce its light.

The direction of energy flow is being controlled by the diode itself and light are produced through the movement of electrons inside the semiconductor material.

They’re also much brighter, run much cooler and are more energy-efficient. These are just a few of the reasons why LEDs are found almost everywhere.

It’s on your smartphone’s screen, the monitor on your computer at work, and the television that you have at home.

Even most of the light bulbs that you see around are LED type. 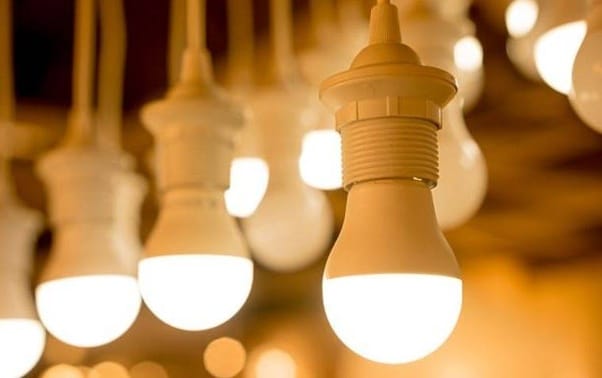 LED light bulbs pose two types of dangers and they are as follows:

LED light bulbs belong to the fluorescent light category which contains a driver, a fluorescent sheet, and blue light.

The fluorescent sheet works by covering the blue light in order to extend the wavelengths and produce orange and yellowish light.

This has the ability to get your brain fooled thinking that it’s a type of natural light but it does not help in protecting you against the dangers that can come as a result of exposure to blue light, especially during the night.

Blue light is something that you’d want to avoid especially a few hours before bedtime and this is because blue light like the one that comes from your laptop, smartphone or the LED bulbs that you see everywhere is capable of suppressing melatonin which is the hormone that regulates the quality of your sleep and wakefulness.

The restorative abilities of your eyes are also affected by blue light and it also has negative effects on the balancing of blue and red light that we receive from the spectrum of the normal source of light which is the sun. This means that blue light does not only affect sleep but also your overall health.

Now, let’s talk about dirty electricity. What is it exactly?

The wirings that we have at home are mostly on the 50 to 60 Hz range depending on which country you live in.

This has worked great in times when most of the electronics and appliances that we had only needed a simple flow of electricity to work.

But as new technology got into the picture, they’ve started to require a different type of electricity.

Mixing these appliances, gadgets, and other electrical stuff at home produces unusable electricity that then gets trapped within the wiring of your home.

This is what is called “Dirty Electricity” which is capable of producing a significant amount of EMF radiation.

There are different ways in how you can filter dirty electricity from your home wiring but the simplest one is simply limiting the use of electronic fixtures that produce them such as light bulbs.

So now that we’re done talking about LED bulbs and we’ve learned how it works, let us move on to the worst type of light bulbs which are known as CFLs. 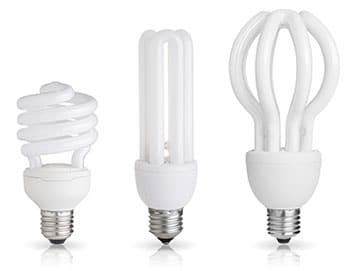 So now, it is time to talk about the least safe type of light bulb in the market today (at least in my own opinion).

They are called CFL bulbs which stands for Compact Fluorescent Light bulbs.

It uses an electric current that is driven towards a tube that contains vapor from mercury.

There are still plenty of people who purchase CFL bulbs because just like LED bulbs, they also use less energy, especially when compared with incandescent bulbs.

They are also less expensive compared to most LED bulbs.

You will still see this type of bulbs every now and then but you really should avoid them. And I’ll discuss below the reason why.

The Dangers of CFL Light Bulbs

Yes! CFL bulbs are dangerous and here’s my take on why they are.

First, let me discuss the impact that UV light on the human body.

Once the mercury vapor that is inside the tube is electrified, it emits Ultra Violet radiation and it has been linked to different skin disorders and other effects on human health.

“The energy-efficient compact fluorescent lights that are commercially available generate radiofrequency radiation and ultraviolet radiation, they contain mercury—a known neurotoxin, and they are making some people ill. Instead of promoting these light bulbs governments around the world should be insisting that manufacturers produce light bulbs that are electromagnetically clean and contain no toxic chemicals.”

And there’s even another thing that raises concern especially to those who are suffering from EHS or electro-hypersensitivity.

The condition causes those who suffer from it to exhibit symptoms whenever they get exposed to higher levels of EMF radiation including dizziness, nausea, headaches, and more.

The last issue that I am going to discuss is one that is shared with that of LED light bulbs and it is the problem with dirty electricity.

Just like LED type bulbs, the wiring that we have at home is not designed to serve the demands of CFLs which is why dirty electricity is produced.

Dirty electricity then builds up in the wiring which floods our homes with harmful EMF radiation.

How To Choose the Safest Light Bulb 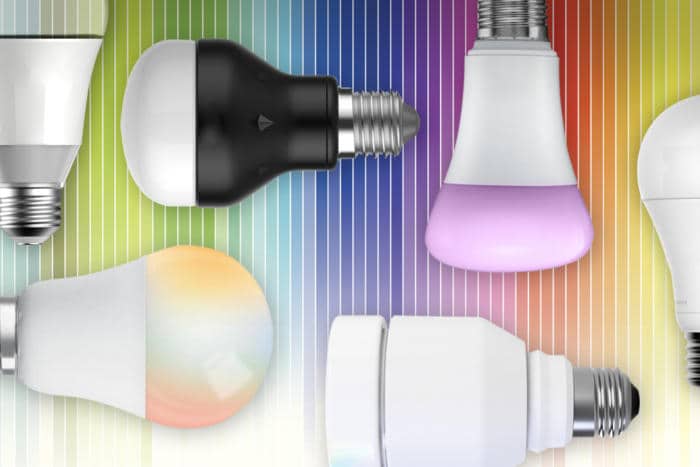 Choosing a safe light bulb can be tough especially if you want to stick to the ones that are energy-efficient.

Incandescent bulbs may not be the best in terms of efficiency but experts would agree that the safest one would be this type of bulb.

But I’d like to give a few important tips which are related to safety when choosing a light bulb.

Old Technology Beats the New Ones!

Looking for the safest stuff in our world that’s full of artificial comfort and conveniences is really hard.

As technology improves, so will the health issues that we need to consider over the comfort that we can get.

It is really hard to make decisions but we at irda.org are here to help you every step of the way!

Though it’s not always the case, older technologies are often safer compared to newer ones.

This is exactly the case that we’ve seen with incandescent bulbs as we compared it with the other artificial sources of light that are found in the market at present.

I really hope that that this guide has somehow helped you in choosing the safest type of light bulb for your home.

If you’ve got further questions on the type of bulbs that you have at home or in the office, please feel free to post them in the comments section below!